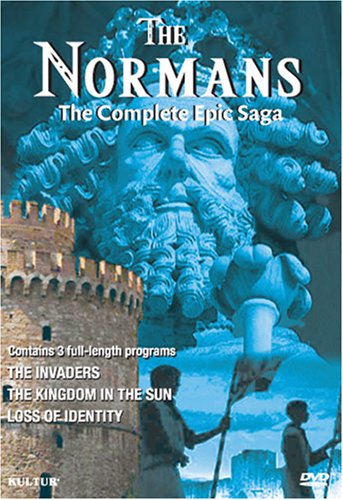 British history professor Robert Bartlett explains, mainly on historical sights and illustrated with authentic artifacts, the eventful history of the Normans, some of the Norse men (Vikings) from Norway who stopped raiding the European coasts to settle down as conquerors. First Rollo established them in Normandy, forcing the French king to recognize him as its duke and royal vassal, which soon lead to adopting a largely french culture, while retaining their military excellence. One of his successors, duke William the bastard, conquered England at the battle of Hastings in 1066. Other knights set out from Normandy to southern Italy, and from there on crusade, founding a Sicialian kingdom and short-lived principalities in Antioch and Tiberias (Galilee).