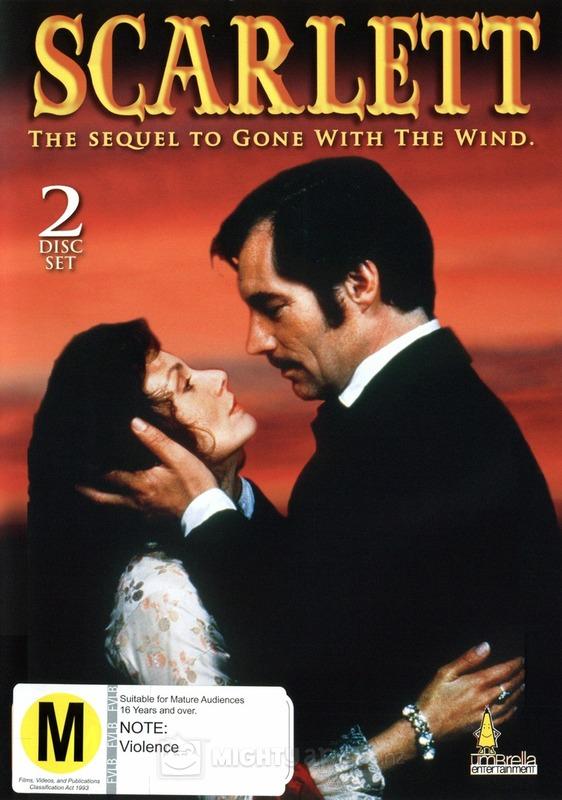 Atlanta, 1873. It’s another day (Melanie’s funeral, in fact), and Scarlett is determined to win back Rhett (who’s spending a lot of time with Belle Watling). First, she goes to Tara and spats with Sue Ellen over Tara. Then she goes to Charleston, presenting herself to Rhett’s mother and friends, to Rhett’s dismay. But when she’s caught in a compromising position with Ashely, she retires to her mother’s people in Savannah, and her overbearing grandfather Robelard, while Rhett courts a new bride. Scarlett also seeks out her O’Hara relatives and meets her cousin Colum, a priest (and gunrunner). And knowing them, she goes to Ireland. There she meets the handsome Earl of Fenton, who owns Ballyhara, the ancestral home of the O’Haras. And when Scarlett buys it from him, she becomes the financial and spiritual head of the family. But her newfound happiness is short-lived as disasters strike, and she must rely on Rhett’s love for her to save her from the gallows.