Aliens pretending to be friendly come to Earth and are received openly. The aliens have masqueraded themselves to look just like humans. When it is discovered that the aliens’ planet is dying and that they have come to rape the Earth of its natural resources, the war for Earth begins. An important key to the humans’ success is distinguishing the their own from the aliens.

The Battle begun in the Miniseries ‘V’ continues. The war is told from the view point of the resistance group based in Los Angeles, CA as they struggle to find weaknesses of the aliens they can exploit. In addition, not all the aliens feel their invasion was right, and also work to stop the war. 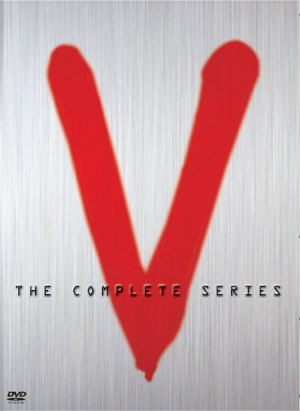 The Earth has been invaded by lizard-like beings from another planet called Visitors. A small resistance of rebels led by photojournalist Mike Donovan, Dr. Julie Parrish and mercenary Ham Tyler fight the Nazi-like reign. The aliens usually appear disguised as humans, and are led by Diana, their queen.