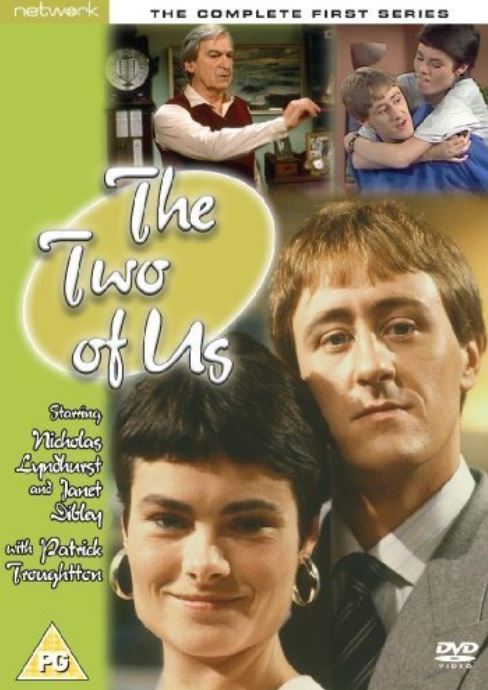 The Two of Us is an ITV comedy series starring Nicholas Lyndhurst and Janet Dibley as Ashley and Elaine, an unmarried couple living together. It was produced by London Weekend Television.
In the last episode, after four series, broadcast on 18 March 1990, the couple married.
Ashley’s grandfather, Perce, was first played by Patrick Troughton, but later replaced by Tenniel Evans after Troughton’s death. The couple regularly visited his domineering mother (Jennifer Piercey) and suppressed father (Paul McDowell).