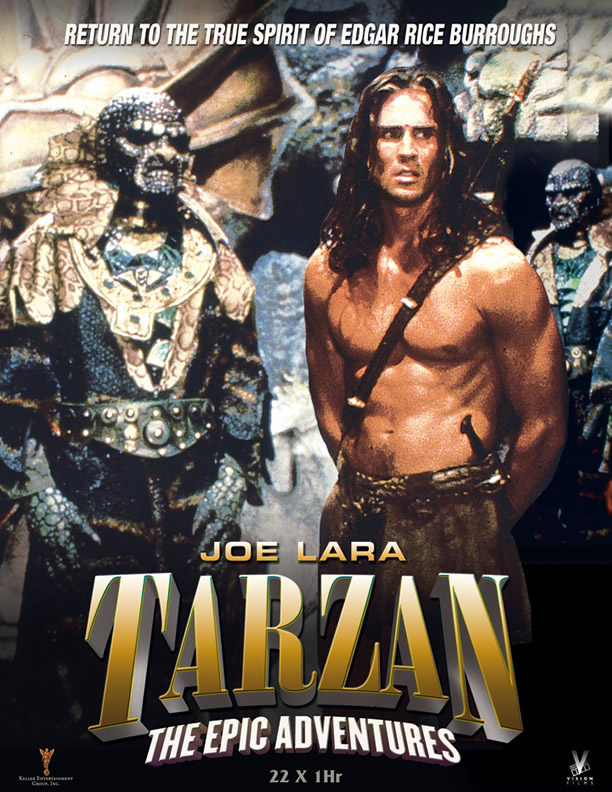 Tarzan, orphaned at birth in darkest Africa, raised by the Great Apes, he grew up in the primative world of the jungle. Until fate brought him face to face with his past. Taking his rightful place as Earl of Greystoke, Tarzan soon became disenchanted with civilization, he returned home to Africa. Tarzan Lord of the Jungle. Don McLeod who played the Great Ape Bolgani began his career as the ape in the old "American Tourister" baggage commercials and considers himself a professional gorilla actor.