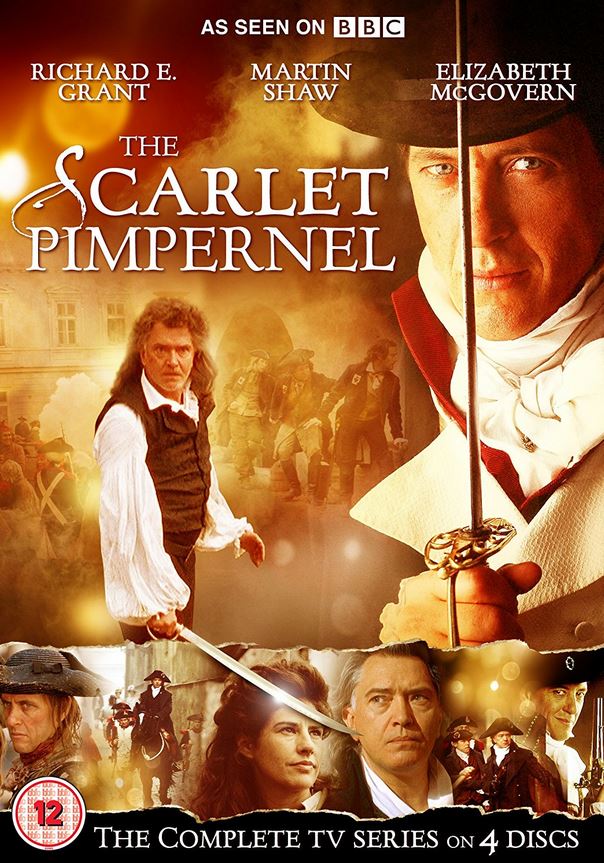 During the turmoil of the French Revolution, English aristocrat Percy Blakeney, often aided by his League of friends, secretly undertakes various daring missions as the Scarlet Pimpernel.

The dapper and charming Richard E. Grant as Scarlet Pimpernel, the lovely Elizabeth McGovern as Lady Marguerite Blakeney and Martin Shaw as Chauvelin star in this lush and riveting BBC adaptation of one of the classic adventure tales of all time; The Scarlet Pimpernel.

France 1793, the terror of the French Revolution is at its height. Citizen Robespierre, along with his ruthless henchman Chauvelin, keep the tumbrels busy carrying the innocent to the guillotine. But there is one man who dares to defy the revolutionaries… THE SCARLET PIMPERNEL.