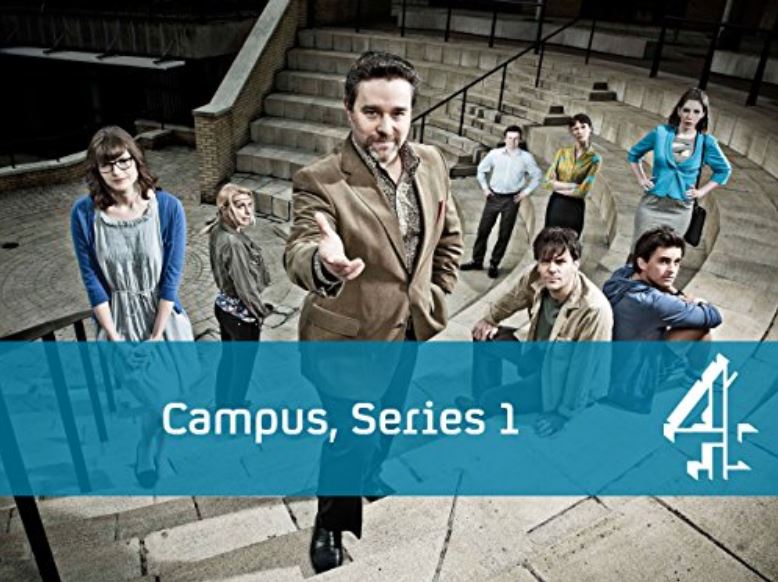 Campus revolves around the lives of the staff of Kirke University, a plateglass university under the control of vice chancellor Jonty de Wolfe (Nyman). Wolfe is described as "a comedy grotesque", who wants Kirke and himself to become greater, no matter how it is done. He himself often gives out what he sees as the harsh truth to people, but what others consider to be offensive and even bigoted remarks.He is assisted by the "Three Graces of Admin" – three administrators all of whom are called Grace, and thus referred to as Grace 1, Grace 2 and Grace 3, or "Big Grace", "Pretty Grace" and "Was Once A Man Grace" (Alison Lintott, Chizzy Akudolu and Matthew Devitt respectively).