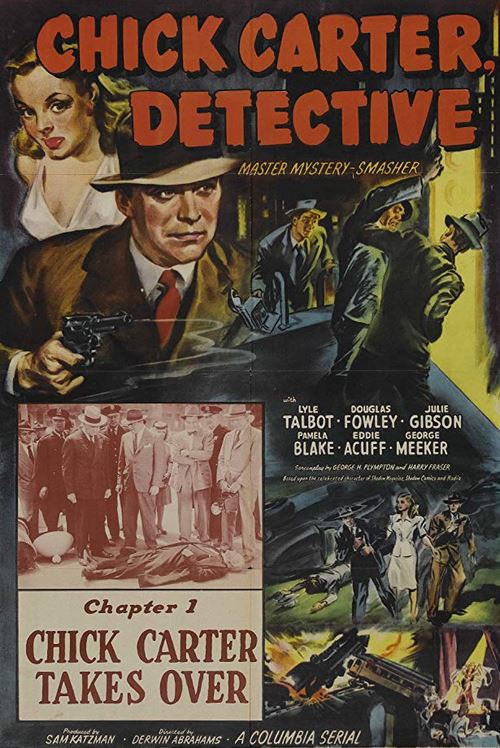 Detective Chick Carter (Lyle Talbot)finds himself on his most exciting case when Sherry Martin (Julie Gibson), a singer at the Century Club, reports the robbery of the famous Blue Diamond, owned by Joe Carney (Charles King), the owner of the nightclub. Joe planned the theft in order to pay a debt to Nick Pollo (George Meeker)with the $100,000 insurance money he would collect. Sherry double-crossed Joe by wearing an imitation one, while she threw the real one, hidden in a cotton snowball, to Nick during the floor show. But Spud Warner (Eddie Acuff), a newspaper photographer, there with newspaper reporter Rusty Farrell (Douglas Fowley, takes a snowball from her basket and Nick receives an empty one. The Blue Diamond disappears. Aided by a private investigator, Ellen Dale(Pamela Blake), Chick finds himself pitted against the criminals searching for the missing Blue Diamond.