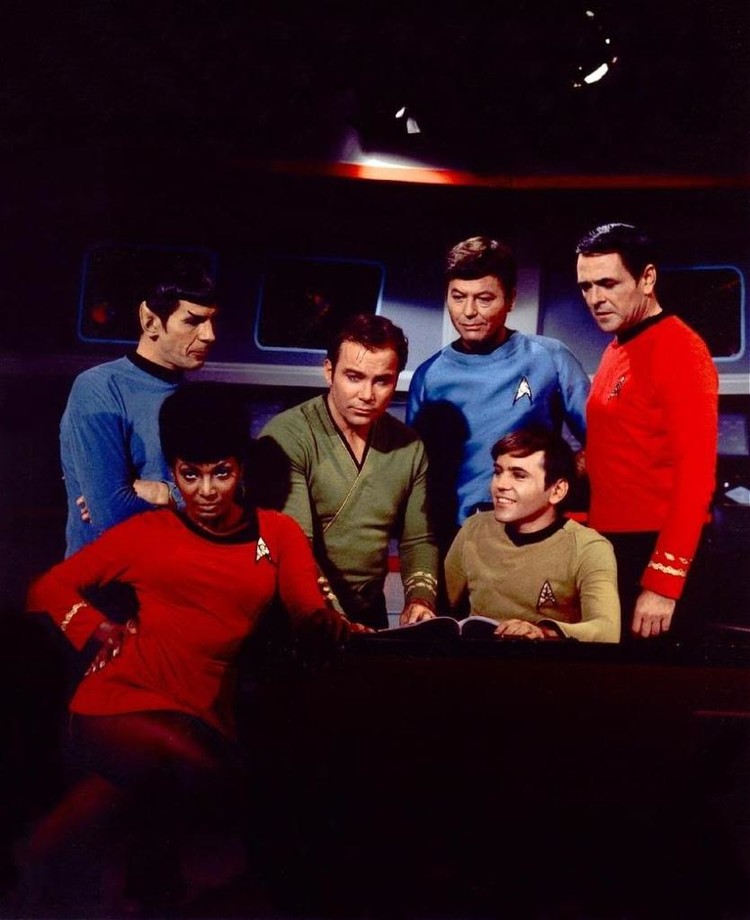 Star Trek The Original Series:
Captain James T. Kirk and the crew of the Starship Enterprise explore the Galaxy and defend the United Federation of Planets.

-Star Trek Continues:
Star Trek Continues is a fan-created non-canon web series set in the Star Trek universe produced by a non-profit charity.
The series is an unofficial direct continuation of the third and last season of Star Trek: The Original Series, whose visual and storytelling features were reproduced to recreate the same look and feel.