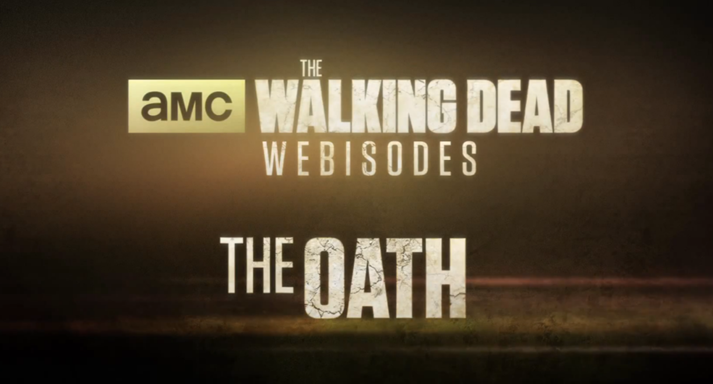 With ?Breaking Bad? officially in blue meth heaven, AMC fans are currently in desperate need of something to look forward to on Sunday nights. Fortunately, even though we will never again get to see what sort of shenanigans that goofy Mr. White and get his loyal sidekick Jesse get involved with, we are going to get the next best thing: Season 4 of ?The Walking Dead?.

On Sunday, Oct. 13, the most popular show on cable returns, and based on the trailers that have aired thus far, it looks like this could be the most exciting season yet.

In an effort to stir up some hype for what?s to come, the good folks at AMC released a three-part webisode. Mind you, while these webisodes aren?t related to the current show, with a ?Walking Dead? spinoff reportedly just around the corner, it could very well be that they ultimately give us a peak into what?s being planned for that.

Either way, though, they?re enjoyable even on a standalone basis.

Written and directed by Greg Nicotero, this web series unveils the story behind one of The Walking Dead?s iconic walkers as Hannah awakens to find her kids missing after a car accident.

In the second webisode from Season 2, Hannah has an emotional reunion with her kids then seeks refuge in her ex-husband Andrew’s home.

Judy’s effort to save a stranger leads to a deadly encounter with Andrew.

Andrew goes to his neighbor Palmer’s basement in search of guns and supplies. Once there, the two have a man to man conversation and finally come to an understanding with one another.

Hannah and Judy struggle for control of the children.

?Everything Dies? The family makes a desperate attempt to get to safety amid a rapidly growing swarm of walkers.

Watch a fully animated version of the beginning of Robert Kirkman’s "The Walking Dead" graphic novel, featuring the voice of Phil LaMarr.