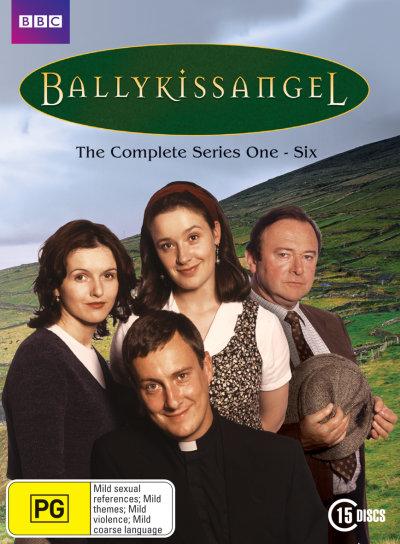 Peter Clifford, a young Catholic priest from Manchester, is transferred to the village of Ballykissangel, Ireland, and is taken by the dry-humored publican Assumpta Fitzgerald who has almost the exact opposite of his good nature and dislikes the organized church. He has to deal with occasional battles against his hateful superior, Father MacAnally, and the day-to-day problems of the people: Brian Quigley, whose constant search for money often leads him to immorality, his daughter Niamh and her lover straight-arrow garda Ambrose Egan, uptight and inquisitive shopkeeper Kathleen Hendley, gruff vet Siobhan Mehigan, cheery mechanic Padraig O’Kelly, comical schoolteacher Brendan Kearney, and elderly farmer Eamon Byrne. Later arrivals to the town include former monk Father Aidan O’Connell, pariah Sean Dillon and his daughter Emma, Eamon’s nephew Danny, female Garda Frankie Sullivan, Australian Father Vincent Sheahan, and horse-trainer Avril Burke.