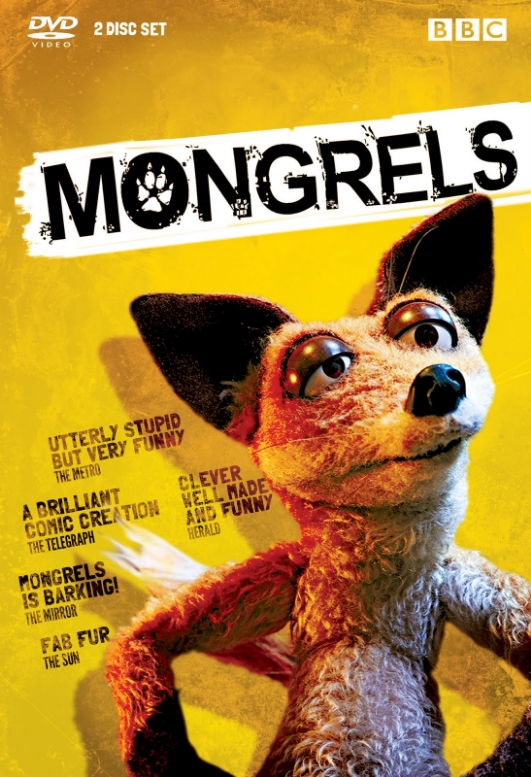 Mongrels looks at the lives of five animals that hang around the back of a pub called The Lord Nelson in Millwall, on the Isle of Dogs in the East End of London. The hero of the series is Nelson (Vulpus metrosexualus), a fox who lives a metrosexual lifestyle. Described as: "The only wild fox in East London with subscriptions to all the major broadsheets (excluding The Sunday Times), Nelson is, as he never tires of introducing himself at dinner parties… ‘An urbane fox!