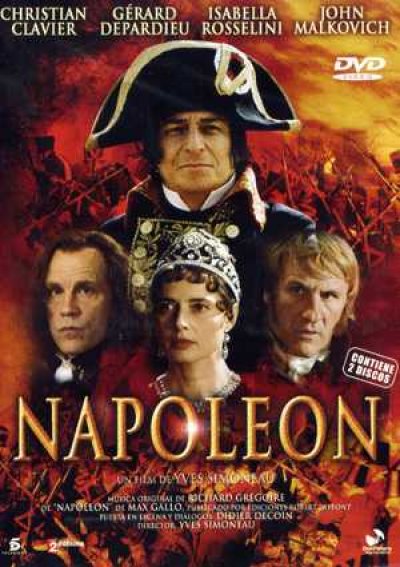 The year is 1816, and NAPOLEON, held prisoner by the British on the island of St. Helena, is telling the young English girl BETSY his life story. His meteoric rise to military prominence begins with his victory over the Royalists in 1795, which is followed by campaigns in Italy and Egypt. He marries the young and capricious JOSEPHINE DE BEAUHARNAIS, the love of his life, who unfortunately cannot bear him any children. After a coup d”tat he seizes power in France and crowns himself Emperor of the French in 1804. After his decisive victory at Austerlitz, Napoleon reorganizes Europe and makes his relatives into princes and kings. Continuing resistance by the Spanish results in some initial losses, however. Meanwhile, Napoleon is increasingly fascinated by other women, including the Polish patriot MARIA WALEWSKA, who bears him a son. Napoleon intends to found an imperial dynasty, however…