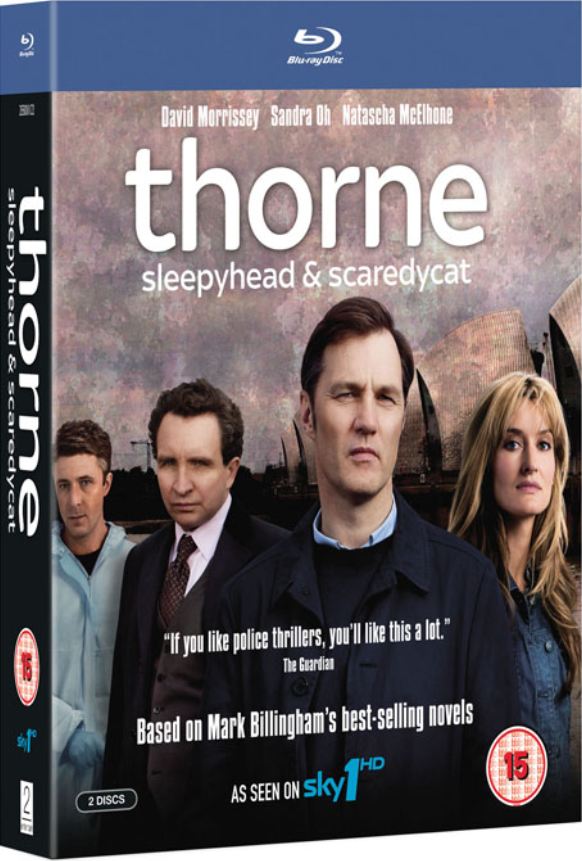 Thorne is a television drama series which debuted on Sky1 in the UK on October 10, 2010. It stars David Morrissey who plays the title role of Detective Inspector Tom Thorne created by crime writer Mark Billingham. The supporting cast includes Aidan Gillen, Eddie Marsan and Natascha McElhone. The first three episodes were known as thorne: Sleepyhead and the latter three episodes were under the banner thorne: Scaredy Cat.

Sleepyhead: follows DI Tom Thornes investigation into a mysterious serial killer. His first three victims ended up dead. His fourth was not so fortunate. Alison Willetts is unlucky to be alive. She has survived a stroke, deliberately induced by manipulation of pressure points on the head and neck. She can see, hear and feel, she is aware of everything going on around her, but she is unable to move or communicate. In leaving Alison alive, the police believe the killer’s made his first mistake.

Scaredy Cat: is a second DI Tom Thorne thriller, where killing becomes a team sport. The film depicts a vicious, calculated murder. The killer selected his victim at Euston station, followed her home, and strangled her to death in front of her child. At the same time, in the same way, a second body is discovered at the back of Kings Cross. Thorne discovers that this is not a single serial killer he’s up against, but two of them.