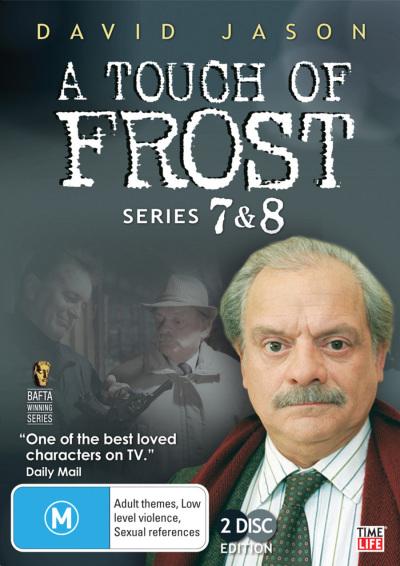 DI Frost is an old-school no-nonsense copper who believes in traditional policing methods. Assisted by several officers including the ever-able DS Toolan, Frost uses what he knows about the street to find solutions to complex crimes as a member of the Denton CID. His home life is complex as he cares for his wife until her death and then leads a quiet bachelor’s life, with only the occasional attempt at a relationship with another woman. His daily nemesis however is the Station’s commander, Supt. Mullett, who is constantly worrying about budgets, staffing levels and crime statistics. He doesn’t appreciate DI Frost’s rough and ready manner, which doesn’t stop him from trotting him out – with his George Cross, Britain’s highest civilian honour for gallantry – when it suits him.