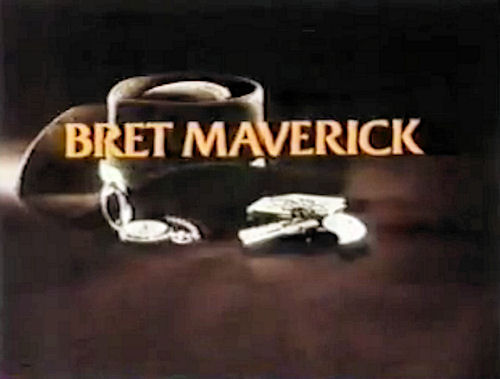 -Maverick
Bret and Bart Maverick (and in later seasons, their English cousin, Beau) are well dressed gamblers who migrate from town to town always looking for a good game. Poker (5 card draw) is their favorite but they’ve been known to play such odd card games as Three-toed Sloth on occasion. The show would occasionally feature both or all three Mavericks, but usually would rotate the central character from week to week.

-Bret Maverick
Set in Sweetwater, Arizona in the 1880s with solid citizen Bret owning a ranch and part of the Red Ox Saloon. Stable cast with varying stories, often centered on conflict between the ambitious sheriff and everyone else.