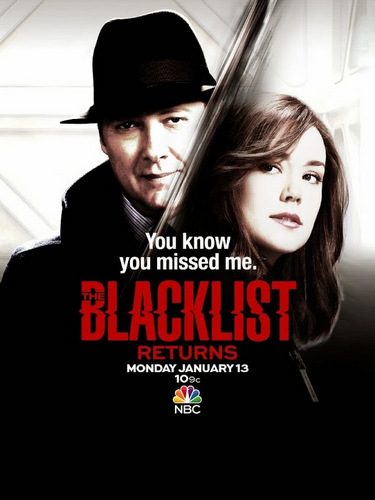 -The Blacklist
Former government agent Raymond "Red" Reddington (James Spader) has eluded capture for decades. But he suddenly surrenders to the FBI with an offer to help catch a terrorist under the condition that he speaks only to Elizabeth "Liz" Keen (Megan Boone), a young FBI profiler who’s just barely out of Quantico.

-The Blacklist Redemption
The Blacklist: Redemption is an American crime thriller television series and is a spin-off from the NBC series The Blacklist. Covert operative Tom Keen joins forces with Susan "Scottie" Hargrave, the brilliant and cunning chief of a covert mercenary organization that solves problems that are too dangerous for the government.