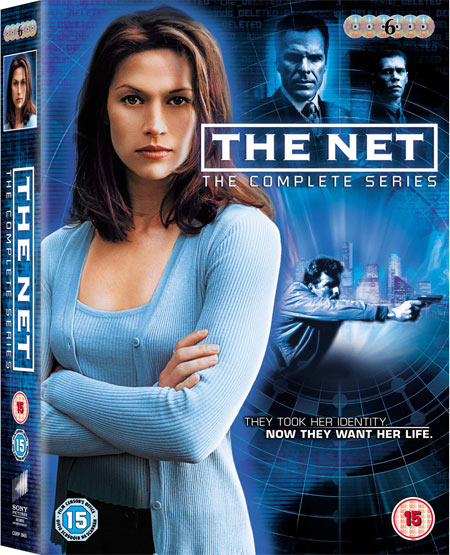 Based on the 1995 Sandra Bullock movie, this 1998 television series stars Melrose Place’s Brooke Langton in the role of Angela Bennett. Angela is a computer hacker who specializes in debugging systems. On one of her routine assignments she stumbles on a plot by a secret society called the Praetorians to control the world through computer systems. Led by Trelawny, the Praetorians erase Angela’s existence and replace her identity with that of Elizabeth Marx, a criminal and fugitive from the law. Aided by individuals she finds along the way and by a mystery computer email contact known as Sorcerer, Angela strives to foil the Praetorian’s plans, save the world and get her life back.