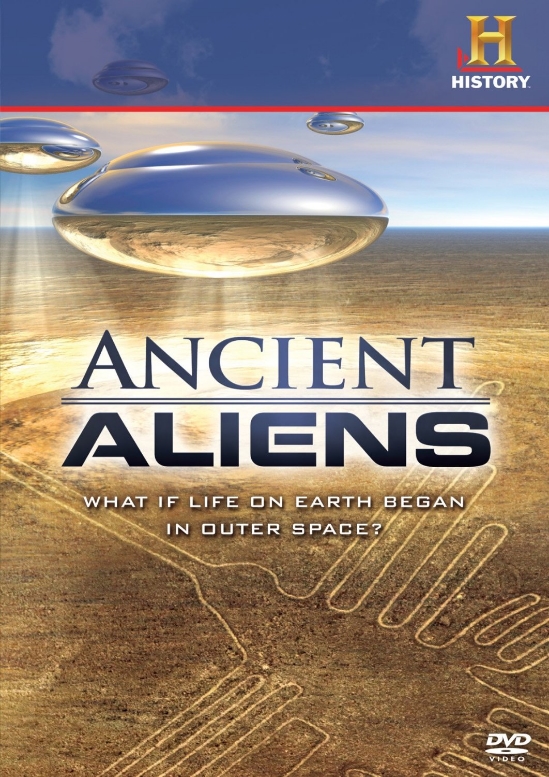 Ancient Aliens is an American television series that premiered on April 20, 2010 on the History channel. Produced by Prometheus Entertainment, the documentary style program presents theories of ancient astronauts and proposes that historical texts, archaeology and legends contain evidence of past human-extraterrestrial contact.