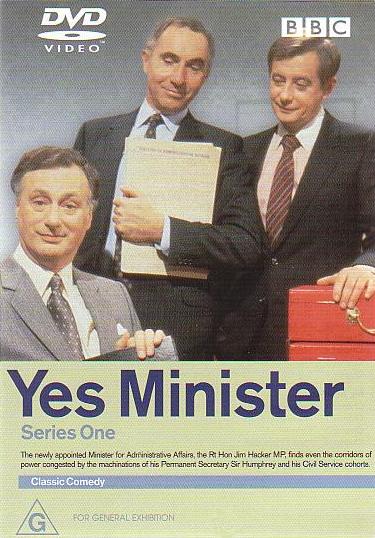 James Hacker is the British Minister for Administrative Affairs. He tries to do something and cut government waste, but he is continually held back by the smart and wily Permanent Secretary of the Department, Sir Humphrey Appleby. Private secretary Bernard Woolley is caught in the middle, between his political master, and his civil service boss.