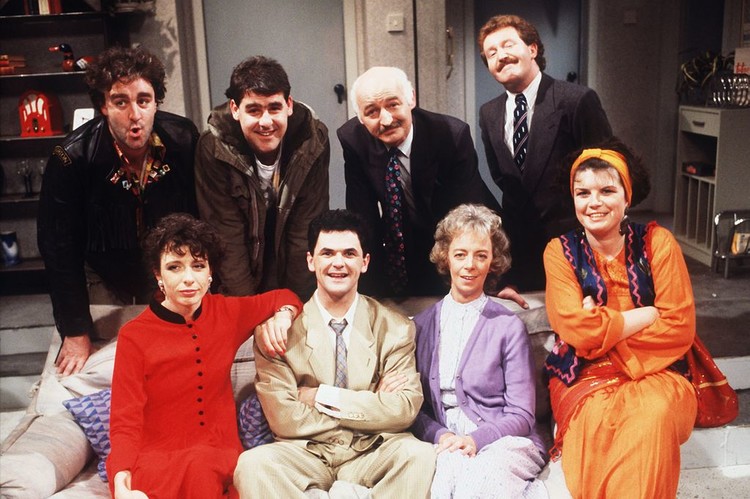 City Lights is a Scottish television sitcom made by BBC Scotland and set in Glasgow. It ran from 1985 to 1991 (networked 1987 to 1991) and was written by Bob Black. Two stage shows, featuring the original cast, toured Scotland.
It starred Gerard Kelly as Willie Melvin, a bank-teller at the fictional Strathclyde Savings Bank (whose logo was very similar to the TSB), with dreams of becoming a novelist. Most of the plots revolved around his attempts to get his book, the autobiographical My Childhood Up A Close, published.
He was held back in this by his own incompetence, the dodgy dealings of his best friend Chancer (Andy Gray), and the lack of support he gained from his mother (Jan Wilson), the bank’s manager Adam McLelland (Dave Anderson) and his obsequious fellow teller, Brian (Jonathan Watson).