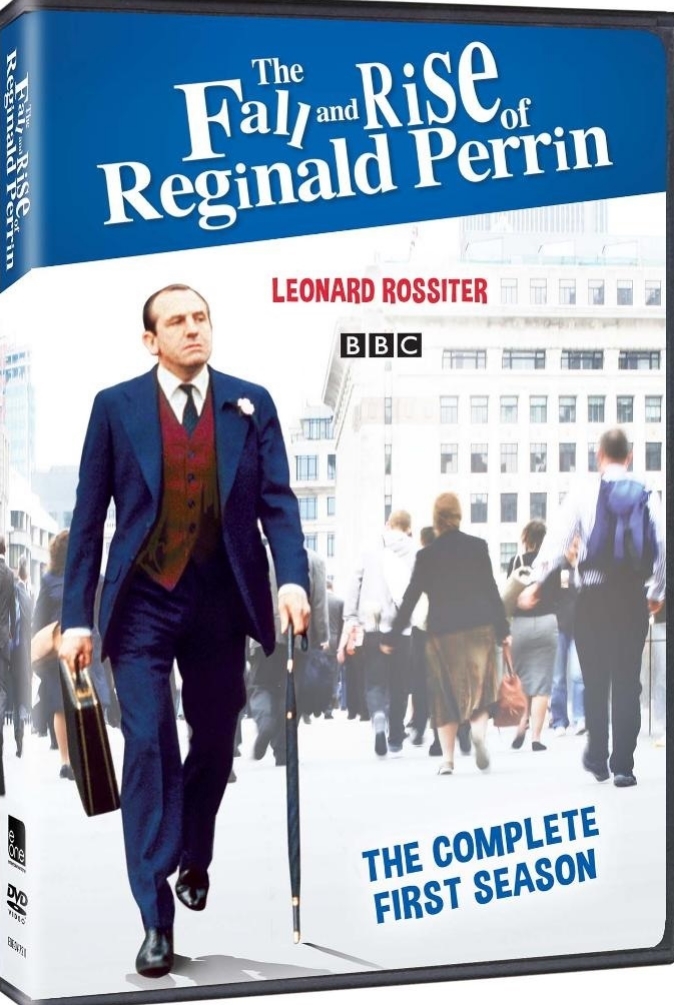 BBC Television comedy detailing the fortunes of Reginald Iolanthe Perrin. Disillusioned after a long career at Sunshine Desserts, Perrin goes through a mid-life crisis and fakes his own death. Returning in disguise after various attempts at finding a ‘new life’, he gets his old job back and finds nothing has changed. He is eventually found out, and in the second series has success with a chain of shops selling useless junk. That becomes so successful that he feels he has created a monster and decides to destroy it. In the third and final series he has a dream of forming a commune which his long suffering colleagues help bring to reality. Unfortunately that also fails and he finds himself back in a job not unlike the one he originally had at Sunshine Desserts.