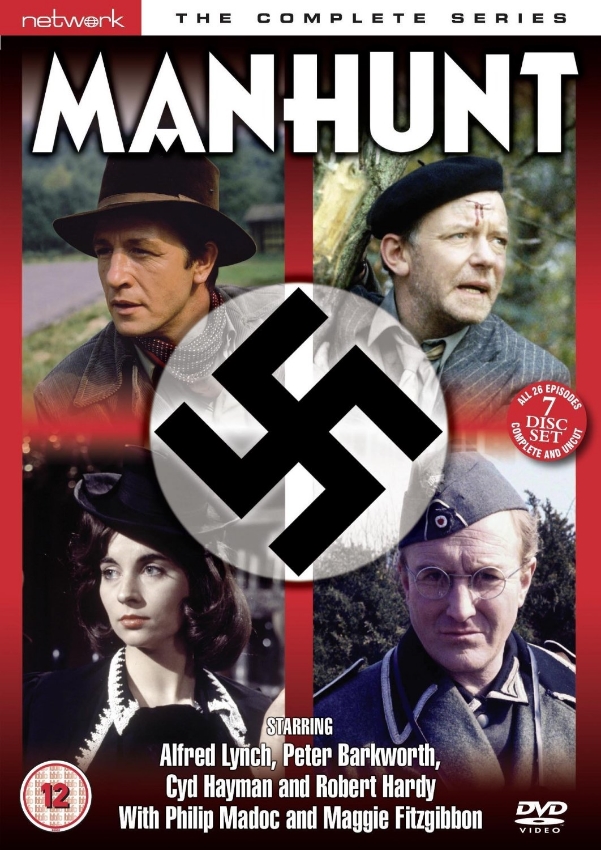 Manhunt is a World War II drama series.
British pilot Jimmy Porter (Alfred Lynch) crashes his aeroplane in occupied France and immediately finds himself on the run from the Nazis. He meets a young girl, Nina (Cyd Hayman), a part-Jewish agent with important information, and vows to get her back to Britain. He is helped by another agent, code-named Vincent (Peter Barkworth), and pursued across France by S.S. Officer Lutzig (Philip Madoc), and the ambivalent Abwehr Sgt. Gratz (Robert Hardy), a complex psychological character who is implied to fall in love with Nina. Unlike most previous war dramas, the Nazis were presented as more than just fanatical thugs. While Lutzig was close to the stereotype, although given great depth by Philip Madoc, Gratz could not have been more different. Unlike many similar dramas, Manhunt also portrayed in detail the rivalry between the SS and the Abwehr.