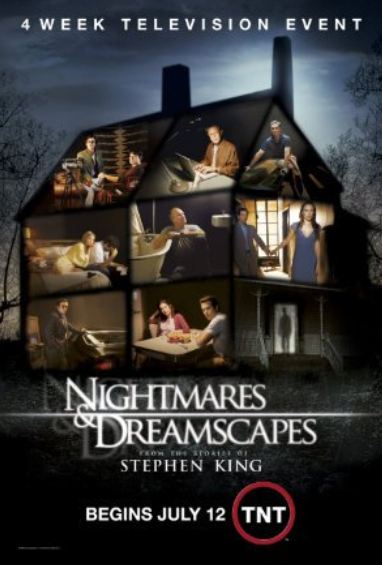 An eight episode adaptation of Stephen King’s short stories, primarily from the Nightmares and Dreamscapes series. "Battleground" follows a quiet hitman becoming a target for violent revenge when he finds a mysterious package on his doorstep; A young woman and her attorney husband getting lost in a notoriously evil London neighborhood named "Crouch End"; "Umney’s Last Case" is a 1930’s era detective who realizes he’s the main character in a novel, and he’s being written out; A successful filmmaker films himself in "The End of the Whole Mess", recalling his genius brother’s life and the scientific plan he applied to end world violence with unanticipated results; "The Road Virus Heads North" drives into gear as a celebrated writer realizes the demonic figure in the painting he’s just acquired, is changing…