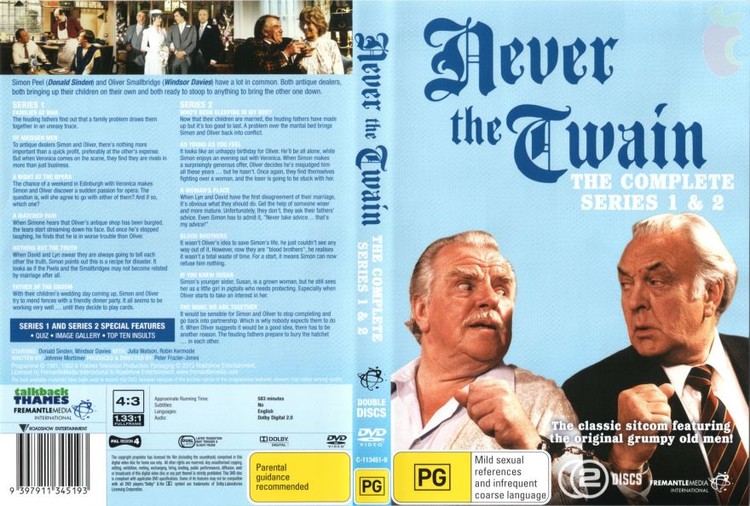 The classic British sitcom Never The Twain centred around the lives of grumpy old men Oliver Smallbridge (Windsor Davies – Terrahawks) and Simon Peel (Donald Sinden Two s Company). As ex-business partners, neighbours and rival antique dealers, they remained bitter enemies throughout the series which followed their hilarious escapades and attempts to get one-up on each other, until the unthinkable happened… their children fell in love!