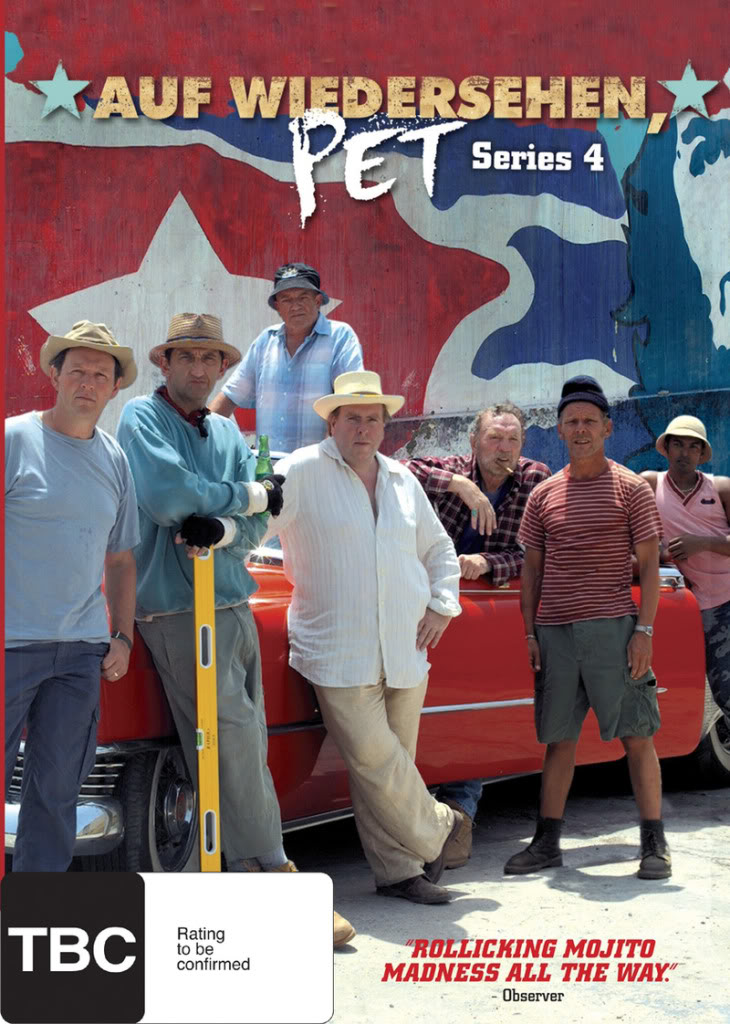 The adventures of a gang of British workmen abroad. Combines black and white humour with moments of drama, poignancy and drunkenness. In series 1, the lads head to Germany seeking work, and are thrown together by virtue of shared nationality and a run-down wooden hut. The story follows the lads’ relationships with women, Germans and each other, and their attempts at passing the time away from home, saving money and ordering food in a German curry house. The series ends with new employment legislation forcing some of the Brits having to choose between the UK and their new-found pleasures abroad. Two years later the gang are reunited for a second series, in which they travel to Wolverhampton to rebuild both the "magnificent seven" and Barry’s home for his impending marriage. A further offer of work sees the lads head to a Derbyshire stately home in need of refurbishment. Here they fall foul of an irritable pub landlord, suspicious locals, a less than enlightened employer and the Inland …