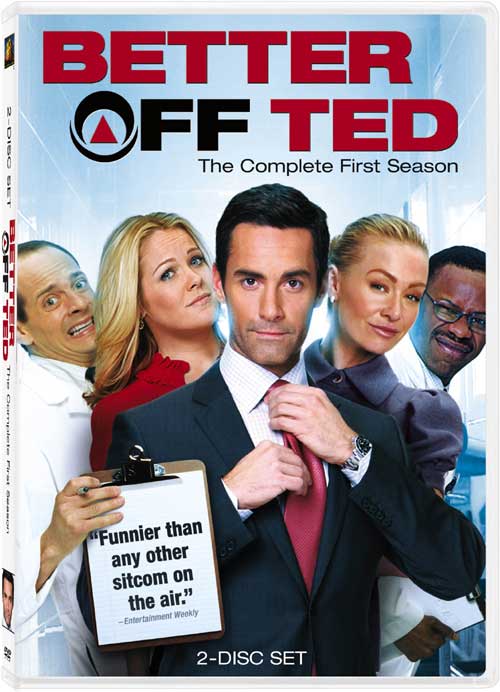 Better Off Ted revolves around the concept of characters working for a stereotypically evil company. The company, Veridian Dynamics, experiments on its employees, twists the truth, and will stop at nothing to achieve its goals. It has been mentioned that Veridian has swayed presidential elections, created killer pandas and robots, weaponized pumpkins, and that there are only three governments left in the world which are more powerful than Veridian. Although not promoted as such, and rarely the focus of storylines, the show’s frequent references to futuristic technologies, killer robots, sentient computers, etc., places Better Off Ted at least partially in the science fiction genre.