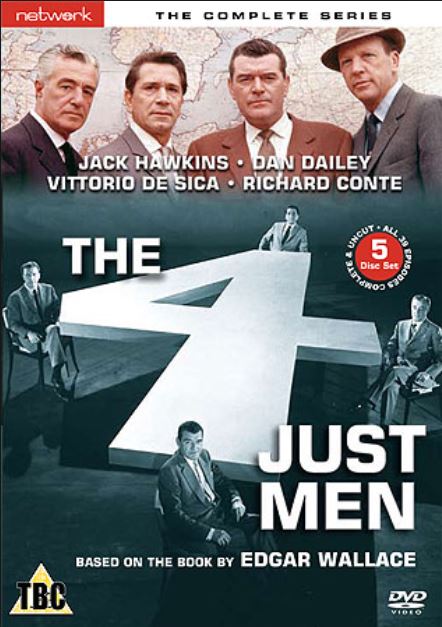 The series features four men who first met whilst fighting in Italy during World War II. The men later reassemble and decide to fight for justice and against tyranny, using money set aside for the purpose by their late commanding officer. They operate from different countries, Jeff Ryder is a Professor of law at Columbia University in New York, Tim Collier is an American foreign correspondent based in Paris, Ben Manfred, a crusading British independent MP who works from London, and Ricco Poccari is a colourful Italian hotelier based in Rome. Their reputation as The Four Just Men is well known in the wider world.

The series is unusual at the time in that the four lead actors appear in turn, rather than together, and are rarely seen together other than in the first episode but make brief appearances in most episodes usually on the telephone.