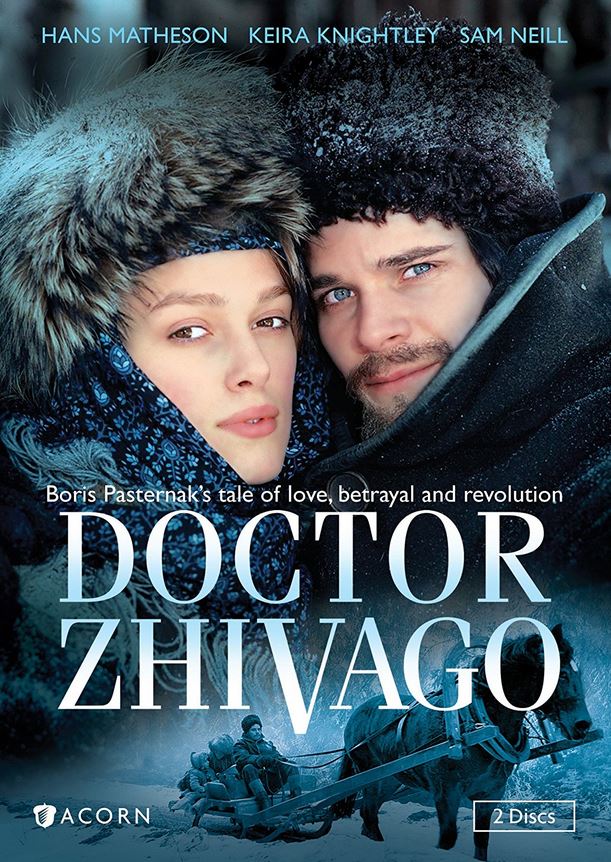 The complete Andrew Davies TV adaptation of Boris Pasternak’s celebrated novel. During World War One, Yuri Zhivago (Hans Matheson) studies to become a doctor in Moscow. He marries his childhood sweetheart, Tonya (Alexandra Maria Lara), but is attracted to dressmaker’s daughter Lara (Keira Knightley), herself engaged to young revolutionary Pasha (Kris Marshall) while also conducting an affair with government official Komarovsky (Sam Neill). Yuri and Lara’s paths cross again in the aftermath of the Bolshevik revolution, and the two begin a passionate affair.