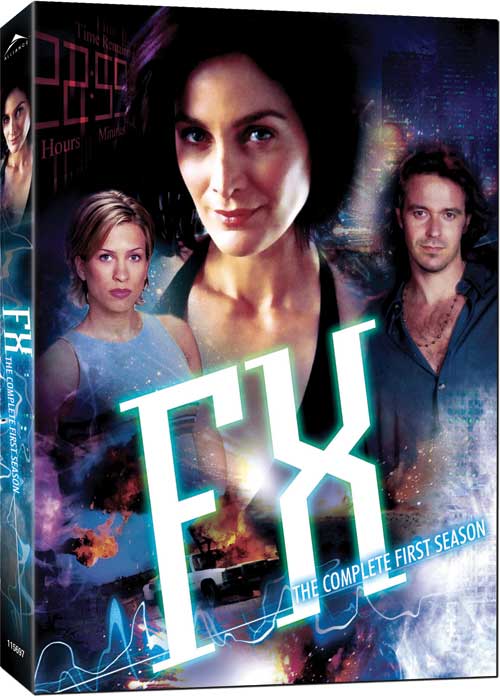 Based on the feature movies "F/X" comes a hour-long action show F/X: The Series, a mix of illusion and reality. The show centeres around Rollie Tyler (Cameron Daddo), who fights against his unsuspecting crooks and is mostly a lot stronger and smarter than them with his skills and knowledge. The show is mostly described as a mix of Mission: Impossible and MacGyver and is attractive even more because one of the stars is Carrie-Anne Moss,