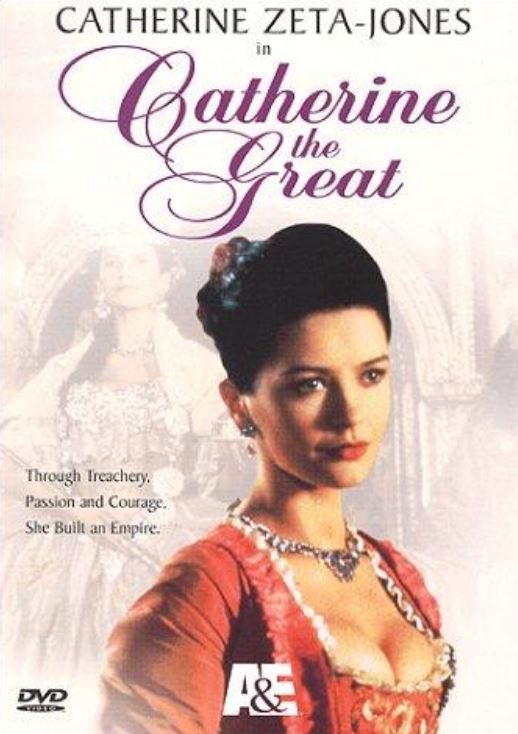 In this romanticized biography, a small German principality’s inexperienced princess, Catherine, becomes the bride of czarevitch Peter, the mad and abusive nephew and heir of the Russian czarina Elizabeth. From Elizabeth she learns the cynical ropes of wielding absolute imperial power at any cost, including sacrificing her lover, young guards officer Saltykov, who must give her an heir that Peter can’t and is then sent abroad. After Elizabeth’s death, she quickly moves to seize power with military and court support. She then works to enlarge and modernize the empire, again putting statesmanship ahead of her lover, a military genius who defeats the Ottomans and governs the conquered territories for her.