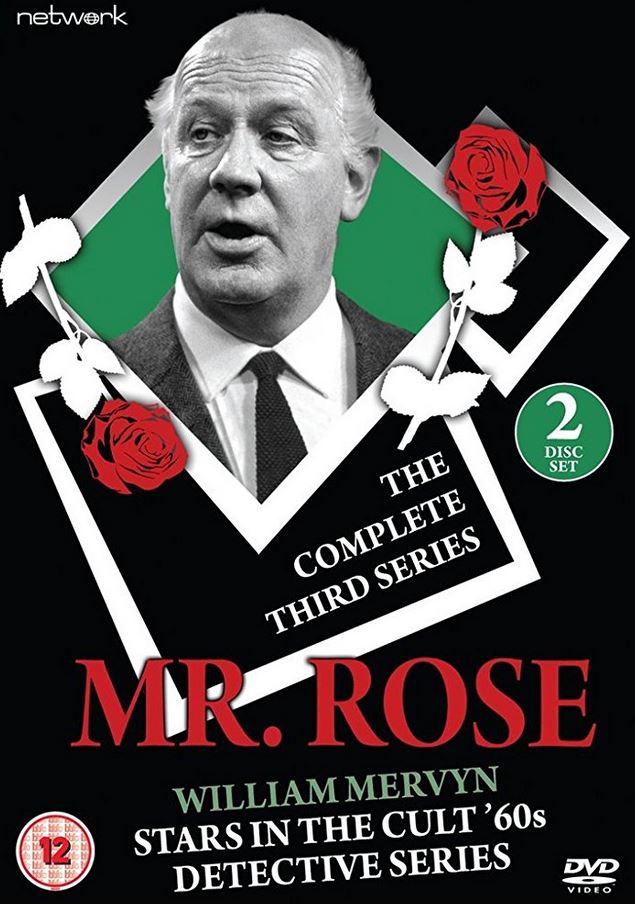 Scotland Yard’s Chief Inspector Rose, portrayed by the charismatic William Mervyn (All Gas and Gaiters), was first introduced in The Odd Man and It’s Dark Outside, Granada’s cult crime series of the early 60s, and this sequel sees the acerbic detective emerging from a restless retirement to take on a further series of cases. Gillian Lewis plays Rose’s beautiful secretary, Drusilla, and Donald Webster his enigmatic manservant, John; guest stars include Terence Alexander, Allan Cuthbertson, John Le Mesurier and Julie Goodyear. Retirement has afforded Mr. Rose the time not only to cultivate a cottage garden on the south coast, but also to write his memoirs. And it’s the impending publication of those memoirs that brings a number of figures crawling out of the woodwork and back into his life: criminals and former colleagues alike, who know that his vast personal collection of case files contains a wealth of incriminating detail. Time may have mellowed Rose a little, but he’s as sharp as ever, and now sets about a succession of new investigations with customary aplomb and evident relish