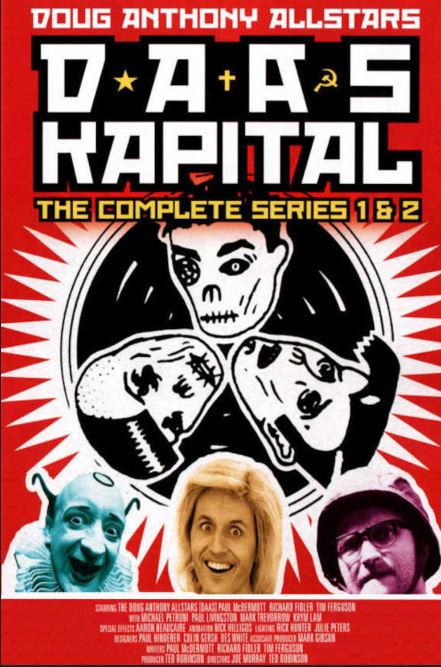 It is the end of history. Shitsu Tonka, the giant conglomerate of universal power, has placed the world’s art treasures in a giant submarine, the Titanic II. Assigned to protect and catalogue these treasures are former comedians, the Doug Anthony Allstars; Tim, Paul and Richard, who find themselves drawn into conflict with each other and the malevolent forces which surround them.