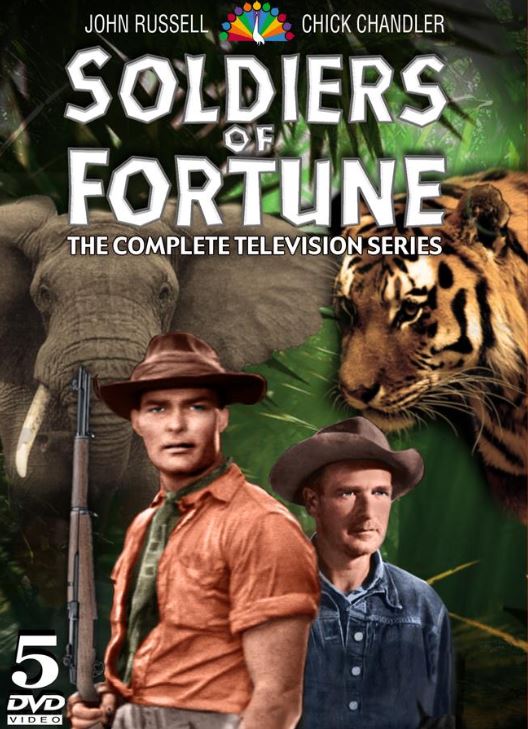 Soldiers of Fortune is a 1955 syndicated half hour American television adventure series. It starred John Russell as Tim Kelly and Chick Chandler as his sidekick Toubo Smith who were international adventurers. Each episode would take place in a different country. Many of the film crew had worked at Republic Pictures studios with the show filmed on Republic’s backlot then used by television’s Revue Productions. The show was constantly rerun on American television into the 1960s. The original run was from January 10, 1955 to March 10, 1957. The show was sponsored for two years by 7 Up soft drink. One year after Soldiers of Fortune was cancelled, John Russell went on to star as Marshal Dan Troup in the successful ABC/Warner Brothers western series Lawman.