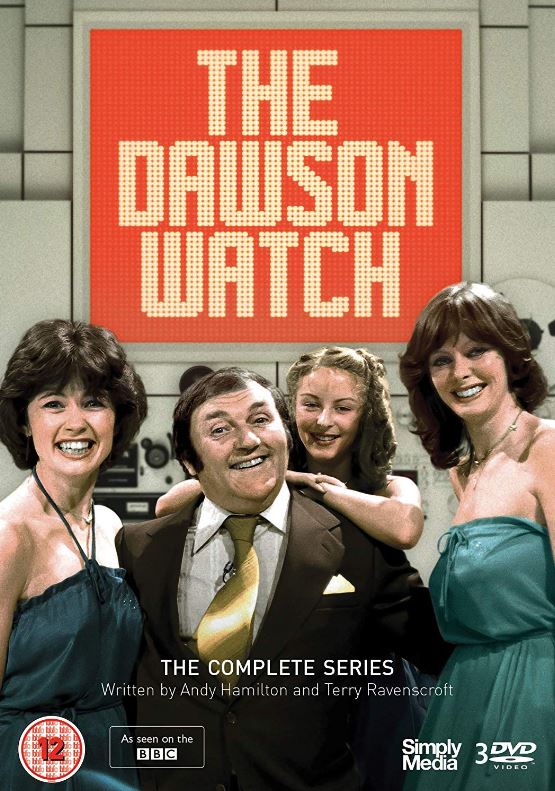 Leslie ‘Les’ Dawson is a legendary English comedian best-known for his deadpan style, curmudgeonly persona and snide jokes about his mother-in-law. This BBC series sees Les tackle a different subject in each episode, with his unique comic approach. It ran for 19 episodes between 1979 and 1980.

Unlike his variety shows, The Dawson Watch was a weekly investigation into the nation at large, addressing subjects ranging from Education, Housing, Transport and Health to the Environment, Law, The Family, Crime and The Media.

Les focused on one subject in each episode, opening with a monologue before moving onto a variety of short sketches interspersed with his sharp observations as a stand-up comedy routine.

Cissie Braithwaite and Ada Shufflebotham are regulars, always on hand to give their take on the theme in question. Sketches featuring the two elderly women (Roy Barraclough and Les Dawson suitably attired as housewives) see them with arms folded, occasionally adjusting their bosoms with an unsubtle hoist of their forearms. And as we’ve come to know and love, they speak some words aloud but mouth those pertaining to women’s bodily functions and sex.

It’s a testament to the talents of Les Dawson and Roy Barraclough that their female alter-egos are instantly recognisable and are as comical as ever more than 30 years on from their first appearance on television.