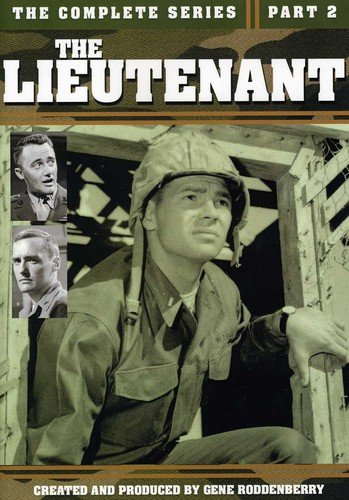 Lt. Rice and Capt. Rambridge continue their mission to train new recruits and explore the nature of honor and duty. The simmering background of the brewing conflict in Asia heats up and takes center stage as the series builds up to its ultimate away mission, and Lt. Rice finds himself serving as a military advisor in Vietnam. Rice’s other missions include investigating film, fame, race relations, faith and loyalty with the aid of hi-caliber guests like Robert Duvall, Dennis Hopper, Woody Strode and future Trek alums Leonard Nimoy, Majel Barrett, Nichelle Nichols, Walter Koenig, and Ricardo Montalban. Rarely seen since its original airing, The Lieutenant proves to be an unheralded harbinger of TV yet-to-come, ‘light years’ ahead of its time.