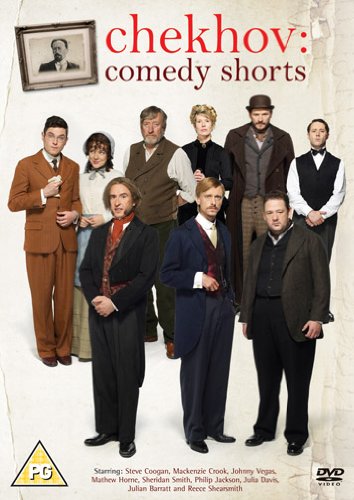 Chekhov Comedy Shorts is a four-part series of Chekhov comedies and farces in commemoration of the 150th anniversary of the birth of the Russian writer and dramatist.

Steve Coogan plays Ivan Ivanovich Nyukhin in the one-act play On the Harmful Effects of Tobacco, while other performances see MacKenzie Crook appearing alongside Johnny Vegas in A Reluctant Tragic Hero, and Mathew Horne taking the lead in The Proposal.