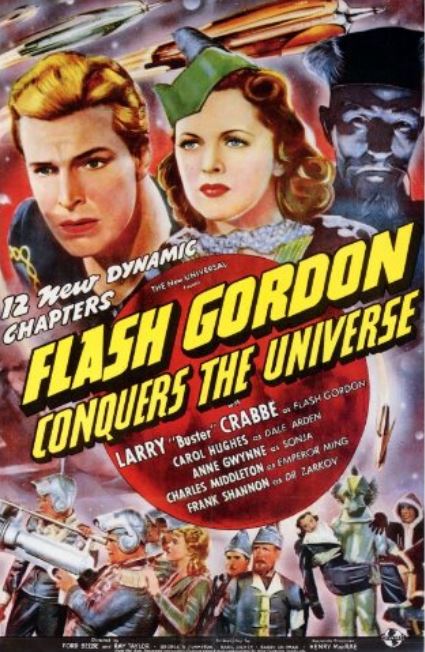 Handsome leading man Buster Crabbe, "The King of the Serials," stars as blond space hero, Flash Gordon, in one of the most action-packed serials ever filmed. In Flash Gordon Conquers the Universe, Flash and his crew must stop Ming the Merciless from destroying the earth and imposing his diabolical dictatorship upon the entire universe. Released in 1940, this non-stop action adventure traveled into a future world of rocket ships and alien races, bringing a whole new type of movie-going experience to the silver screen. Co-starring Carol Hughes as Dale Arden, Frank Shannon as Doctor Zarkov and Charles Middleton as the evil Ming, this serial features some of the most exciting cliffhanger endings ever filmed.