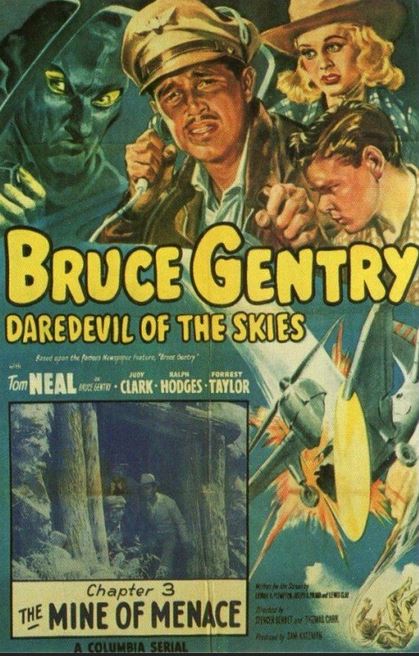 Famed aviator Bruce Gentry is working with scientist Andrew Benson, setting out to uncover the origin of a deadly secret weapon—an electronically controlled flying disc which can be directed at moving or stationary targets. The disc was master-minded by an enemy agent known only as "The Recorder" because…he speaks entirely via recordings. Aided by rancher Frank Farrell and his sister Juanita "Nita" Hodges, Gentry consistently foils "The Recorders" schemes, which are carried out by "The Recorder’s" henchmen, Krendon, Allen and Chandler, including an attack on the Panama Canal.