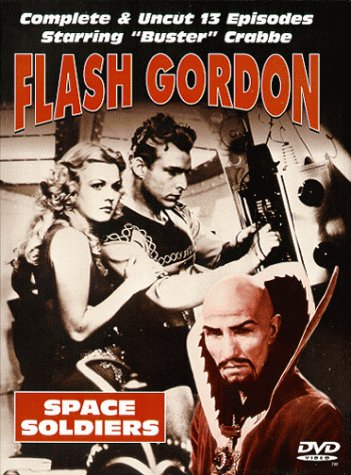 Buster Crabbe stars as Flash Gordon in this classic 1930s serial presented for the first time on DVD. Humanity is doomed to destruction! A distant planet has broken its orbit and is headed straight toward the Earth. While Dr. Hans Zarkov works feverishly to finish a rocket ship of his own design, internationally renowned polo player and Yale graduate Flash Gordon is a passenger on a small plane where he meets fellow passenger Dale Arden. When a meteor storm destroys their aircraft, Flash and Dale bail out and land near Zarkov’s ship. The great scientist enlists them to join him on his quest to save Earth, and the heroic trio blasts off into space to rendezvous with the runaway planet Mongo.