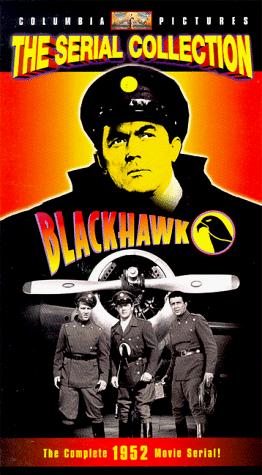 Based on a successful comic book that began in 1941, the Blackhawks were seven flyers who banded together during WW II to fight the Nazis. After the war, they continued to fight evil where ever they find it. In this movie, they are battling a group of spies and saboteurs bent on destroying democracy. The Blackhawks foil a succession of plots, with a cliff hanger ending in each episode.