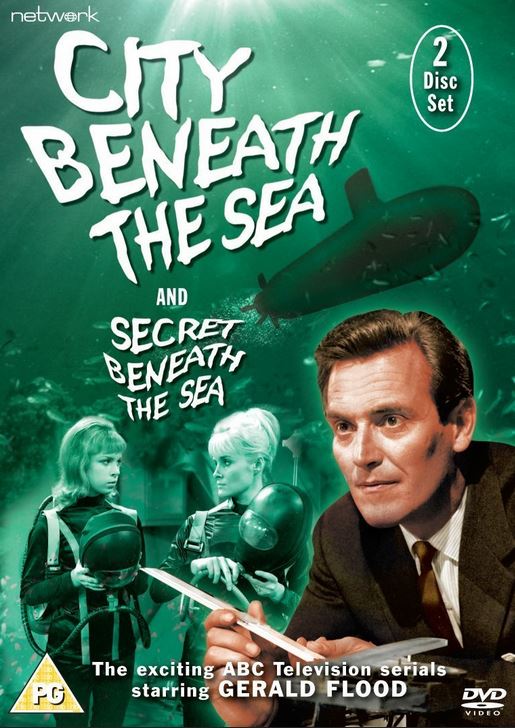 – City Beneath the Sea
Science Journalist Mark Bannerman and his photographer assistant Peter Blake meet the Professor Westfield at a London gala who is kidnapped. Blake identifies a man who was with the Professor as former U-Boat Commander Captain Kurt Swendler who vanished at the closing events of WWII. At the same time, a U-Boat is reported to have been spotted off the coast of Dover. The Royal Navy intends to track it by using the new atomic-submarine Cyana. Bannerman and Blake are invited aboard as part the restricted press coverings. However, the Cyana is hijacked by Swendler and his crew and the Cyana’s own crew are set adrift whilst Bannerman and Blake remain hidden where they come upon a dangerous secret on the seabed…

-Secret Beneath the Sea
A sequel to City Beneath the Sea. A journalist goes to the ocean floor to look for Phenicium, a rare metal vital for space research. Of course, the bad guys want it, too.