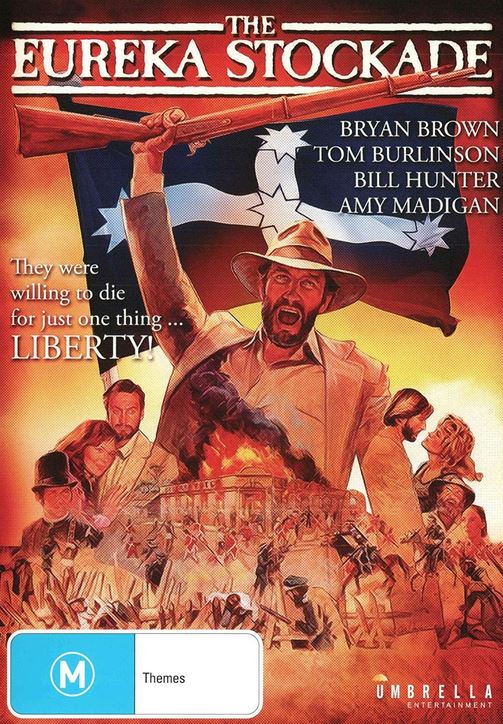 In the wake of the great California gold rush of 1849, miners the world over scrambled to Australia in search of the next big find. Ballarat, Victoria became the focal point for the miners’ efforts, and in an effort to control migration and raise government revenues, Britain established strict guidelines, requiring miners to pay for special licences. Inspired by the general discontent felt by the many miners, Irishman Peter Lalor (AFI Award winner Bryan Brown, Two Hands) and his mining partner, Timothy Hayes (AFI Award winner Bill Hunter, Newsfront) establish a protest group to represent the miners’ grievances and help combat the thugs employed by the gold commission under government orders. Supported by a strong team of diggers, including Catholic priest Father Smythe (Tom Burlinson, The Man From Snowy River) and Canadian Charles Ross (Brett Cullen), the miners take a stand against the establishment, united under the flag of the Southern Cross to fight for their rights and liberty. A powerful four-part miniseries event from the producer of Against The Wind.