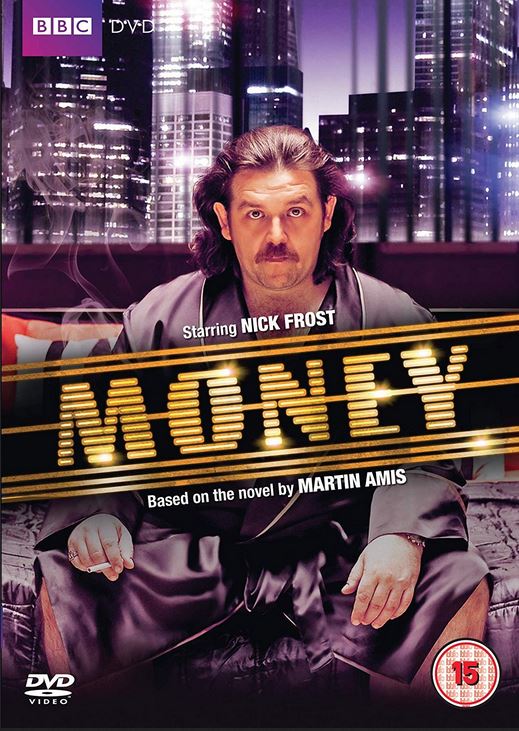 Money is a fable of excess and flawed ambition, set in the world of movie deals, call girls and impossibly petulant actors.

It’s 1981 and Londoner John Self (Nick Frost) ‘ a successful director of commercials, a hedonist and habitual drunk ‘ is invited to New York by film producer Fielding Goodney in order to shoot his first film. But things are not straightforward. Self’s cast of acting legends and up-and-coming stars find their egos and emotional issues aggravated by the roles they’ve been given. Back home, his father is invoicing him for his childhood and Self is starting to suspect his girlfriend, Selina, is cheating. He is also receiving phone calls from a mysterious stalker who seems to know his every move, demands money and threatens retribution… Meanwhile, Goodney’s budget increases by the day. Is John Self’s life about to implode?