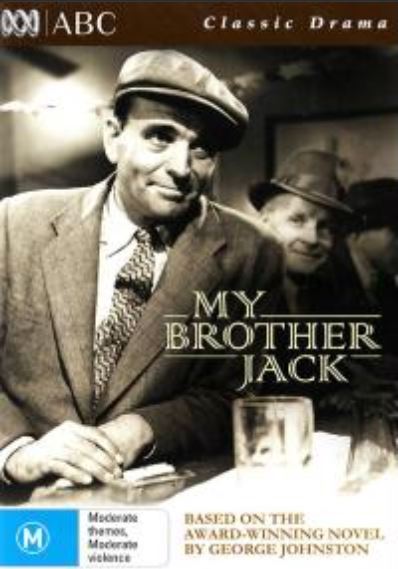 Ed Devereaux stars as Jack in the 1965 television serial adaption of George Johnston’s 1964 book My Brother Jack. This semi-autobiographical novel follows the narrator, David Meredith, through his childhood and adolescence in interwar Melbourne (1920’s and 1930’s) through to adulthood and his journalism career during World War II. The novel constantly contrasts him with his older and more "typically Australian," brother, Jack.