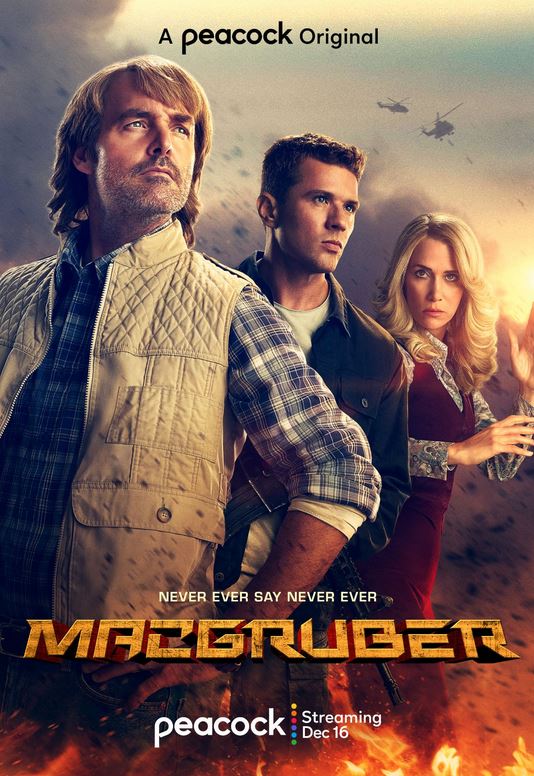 Based on a recurring "Saturday Night Live" sketch that was eventually made into a 2010 movie, Will Forte returns to the small screen as American hero MacGruber. After serving over a decade in a maximum security prison, MacGruber is called upon by General Barrett Fasoose to take on a suicide mission. Mac reunites with his fractured team, Vicki St. Elmo and Dixon Piper, to face off with his mortal foe, Brigadier Commander Enos Queeth, and his rogues’ gallery of fiendish foes. Meanwhile, MacGruber wrestles with the fact that his former lover has been remarried to Fasoose.