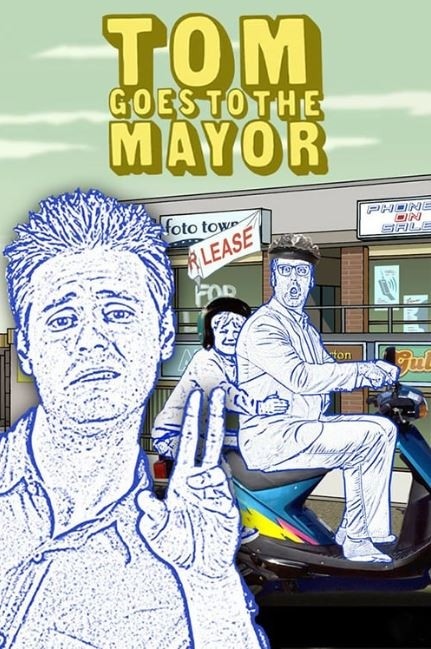 Tom Peters recently moved to Jefferton and has several ideas to improve the small, rundown town. He has the attention of the mayor, who is receptive to the proposals and often endorses them. But the mayor usually tweaks Tom’s ideas first, which makes them backfire with disastrous results, but Tom is usually left accountable for the subpar ideas the mayor implements. "Tom Goes to the Mayor" began as an online series before being picked by Adult Swim.