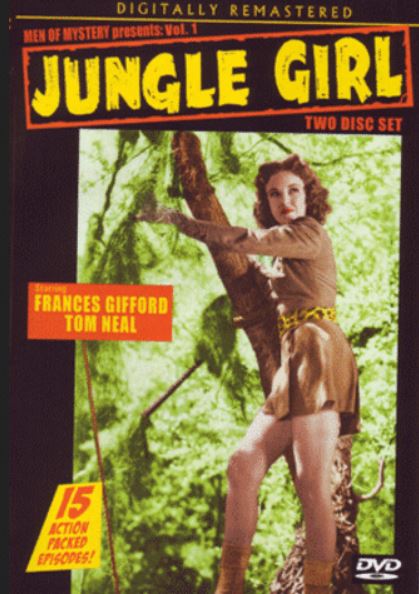 Dr. John Meredith has been driven from civilization by the criminal activities of his twin brother Bradley Meredith. With his infant daughter, he settles in the African jungle, where his ability to cure the native ills has resulted in his virtual control of the Masamba tribes, who possess vast diamond mines coveted by a gang of crooks. They use Shamba, a witch doctor jealous of Dr. Meredith’s influence over the tribe, to further their schemes. They lure Dr. Meredith away from the jungle, and he is murdered by "Slick" Latimer. The natives believe that a sacred amulet is the secret of Dr. Meredith’s power, and Shamba attempts to kill Nyoka, Meredith’s now-grown-up daughter, to obtain the amulet (which actually contains the secret to the entrance of the Caves of Nakros). Jack Stanton rescues her and assists her in her efforts to recover the amulet. Latimer works with Shamba, and with Bradley Meredith, who poses as his murdered-brother so successfully that even Nyoka does not realize the …

Comments are closed.
The Life and Times of David Lloyd George COMPLETE S01 - The Chilling Adventures of Sabrina COMPLETE S 1-2-3-4