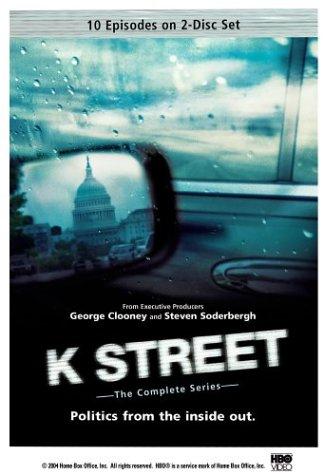 Named after Washington, D.C.’s "fourth wing" of political power and coproduced by George Clooney and Steven Soderbergh, this beguiling, problematic H8O series ran for only 10 half-hour episodes, each aired immediately after blistering five-day production schedules during which Soderbergh, as director, editor, and videographer (under his nom de camera, Peter Andrews) combined fact and fiction within Washington’s corridors of power, casting savvy actors alongside real-life D.C. power brokers, journalists, lobbyists, and political consultants. The result is one of the most unusual hybrids in television history, in which top-drawer consultants (and bipartisan celebrity couple) James Carville and Mary Matalin work for a fictional firm run by a reclusive billionaire (Elliott Gould), where they must endure FBI scrutiny for doing business with a Saudi organization that might be a front for terrorists. As this crisis approaches meltdown, Soderbergh’s fly-on-the-wall approach (first tested in Traffic) grows increasingly fascinating (especially for Beltway insiders, many appearing as themselves) and potentially mystifying for less-informed viewers. There’s no hand-holding here, no back-story, no glossary or who’s-who, and (most regrettably) no DVD supplements to guide the political layperson. What you get instead is a privileged glimpse of backroom politics in action, quasi-factual, semi-fictional, and never less than riveting.