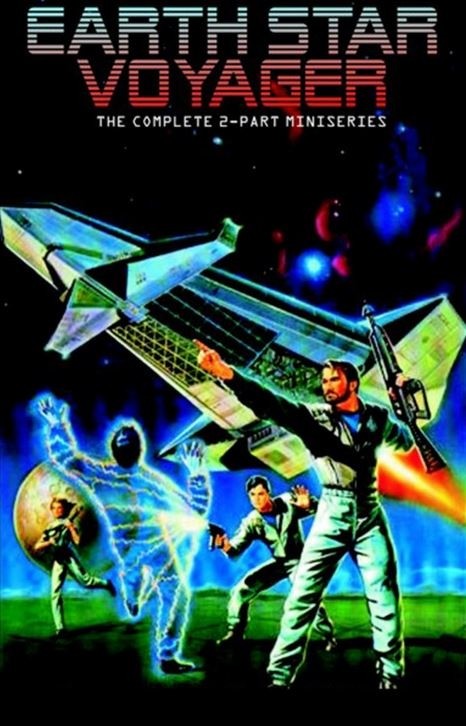 The Earth Star Voyager is a spaceship sent to another solar system to prepare it for colonization. Earth itself is horribly polluted, so the mission is vitally important. But as the departing starship gets under way, signs begin to emerge that their mission may unwittingly be part of a larger conspiracy.

In 2088, when the Earth is heavily polluted and the atmosphere is becoming unbreathable, title starship is launched to investigate whether a planet in a solar system some eighteen light years from Earth would be suitable as a new home for the human race, which would migrate there en mass, a process that would take several decades, as forty years would be required to build the fleet of starships needed. This planet, called Demeter (the Greek goddess of corn, grain and the harvest) was discovered by an earlier mission which took some fuzzy video footage and sent it back to Earth before vanishing without trace. As the round trip would take twenty-five years at near-light speed, many of the crew members that have been selected are teens and young adults. In many ways their voyage is a leap into the unknown as their mission is plagued by a host of problems shortly after they leave Earth behind.